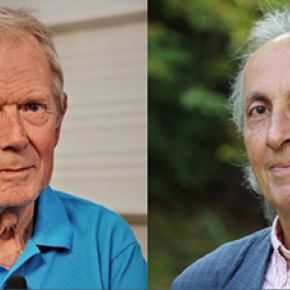 In 2017, the CNRS has awarded two Gold Medals, to the physicists Alain Brillet and Thibault Damour for their major contributions to the detection of gravitational waves, first announced on 11 February 20161. Through his work on stabilized lasers, Alain Brillet, a visionary in the development of gravitational wave detectors, is one of the fathers of Europe's Virgo instrument. The theoretical work of Thibault Damour, a specialist in black holes and gravitational waves, played a decisive role in the analysis of data from the gravitational wave detectors. The prize, France's highest scientific distinction, is awarded by the CNRS Management Board and will be presented on 14 December 2017 during a ceremony held at the Collège de France.

On 11 February 2016, an international team announced the first direct detection of gravitational waves.  These tiny ripples in spacetime, produced by the final spinning 'dance' of two black holes on the point of merging, were captured on 14 September 2015 by the twin LIGO2 detectors located in the US. It required several months of analyses by the scientists at LIGO and their colleagues in the Virgo collaboration (formed around the eponymous European detector) to confirm the existence of gravitational waves, a century after they were predicted by Albert Einstein in his general theory of relativity. Today, by awarding two Gold Medals to Thibault Damour and Alain Brillet, the CNRS pays tribute to the excellence of the theoretical and instrumental work that made this direct detection possible.

Alain Brillet, one of the fathers of the Virgo detector

Born on 30 March 1947 at Saint-Germain-en-Laye (France), Alain Brillet received his engineering degree from ESPCI in 1970. He joined the CNRS the same year as a research engineer at the Laboratoire de l'Horloge Atomique in Orsay, where he defended his doctoral thesis in 1976. Once back in France after a post-doctorate in the team of John Hall (2005 Nobel Prize in Physics) in Boulder (Colorado, USA), he was appointed senior researcher by the CNRS in 1982. Together with the Italian scientist Adalberto Giazotto, he devoted himself to the design and development of the Virgo gravitational wave detector, now installed at Cascina, near Pisa (Italy). From 1989 to 2003, he first headed and then jointly led the consortium formed around this major instrument. From 2008, he devoted his time to the design of the optics and laser system of Advanced Virgo, a next-generation detector.  He is currently senior researcher emeritus at the CNRS, assigned to the Artemis laboratory (CNRS/Université Nice Sophia Antipolis/Observatoire de la Côte d'Azur). Brillet is a Knight of the Legion of Honor (2005) and in 2016 was awarded the Ampère Prize of the French Academy of Sciences for his work. As a member of the LIGO-Virgo collaboration, he also received the Special Breakthrough Prize in Fundamental Physics.

From the beginning of his career, Brillet focused on lasers stabilized to atomic or molecular references, a subject that was at that time completely new in France, with the aim of establishing ultra-stable frequency and length standards. As early as 1970, thanks to his exceptional experimental and instrumental skills, he was able to develop techniques based on laser beam optics (the laser was invented in the early 1960s). During his post-doctorate, he put together and operated an improved version of the Michelson-Morley experiment entirely on his own, with a view to testing the isotropy of space with ultra-stabilized lasers. The results he obtained were unparalleled for more than 25 years, and made Brillet internationally renowned. Today, they are still frequently cited by researchers in the field of relativity.

Attracted very early on by the detection of gravitational waves and by the scale of the scientific and instrumental challenges involved, he called upon other instrumentation specialists (Catherine-Nary Man) and experts in gravitation (Philippe Tourrenc and Jean-Yves Vinet), while his team trained scientists including David Shoemaker and Peter Fritschell, who now play a major role in the LIGO collaboration. While taking part in designing Virgo, he developed innovative solutions in the field of lasers and optics, while his colleague Adalberto Giazotto worked on suspension systems that enabled mirrors to be decoupled from terrestrial vibrations. In 1989, the project, supported by around thirty French and Italian theorists and experimenters, was submitted to the CNRS and to the Italian National Institute for Nuclear Physics (INFN). Once it was approved, Brillet coordinated the eleven French and Italian teams involved, as well as the continuous discussion among theorists, signal analysts and experimenters, including both researchers and engineers.

The quality of his work was instrumental in strengthening the links between the LIGO and Virgo teams (exchange of technical solutions, joint analysis of collected data). Brillet's ideas, such as spatial filter cavities, the addition of a few atoms to the final thin films on mirrors to compensate for flatness defects (in collaboration with Jean-Marie Mackowski), and transfer of stability from one laser to another (injection-locked lasers) were taken up in the LIGO and Virgo interferometers, as well as in the University of Tokyo's planned gravitational wave detector, KAGRA. From the very first day, Brillet has co-authored all the publications of the LIGO-Virgo collaboration.

Thibault Damour, born on 7 February 1951 in Lyon, joined the École Normale Supérieure in 1970. He passed the 'agrégation' (France's highest teaching diploma) in physics in 1974, and in the same year defended his doctoral thesis in theoretical physics. After two years at Princeton University (US) and carrying out his National Service at the Centre d'Etudes Théoriques de la Détection et des Communications, he joined the CNRS Department of relativistic astrophysics and cosmology at the Observatoire de Paris in 1977. Since 1989, he has been a tenured professor at the Institut des Hautes Études Scientifiques, at Bures-sur-Yvette, near Paris. World famous for his innovative work on black holes, pulsars, gravitational waves and quantum physics, he is an expert at popularizing science, through his lectures and books, including a comic strip on quantum physics. A member of the French Academy of Sciences and of the American Academy of Arts and Sciences, laureate of the CNRS Bronze Medal (1980) and the Einstein Medal (1996), and a Knight of the Legion of Honor (2010), he is also one of the seven visiting scientists in the LIGO-Virgo team who have been awarded the 2016 Special Breakthrough Prize in Fundamental Physics.

Damour's work focuses on Einstein's general theory of relativity, cosmology, and new ideas in gravitation emerging from the unification of general relativity and quantum theory through string theory. In the field of the physics of black holes, Damour has for example introduced new concepts related to the surface of these objects. In string theory, he has in particular studied the chaotic dynamics in the vicinity of a big bang or a big crunch3, as well as the bursts of gravitational waves emitted by cosmic superstrings.

Damour played a role both in the indirect detection of gravitational waves in the 1980s, and more recently, in their direct detection. The first evidence for the existence of gravitational waves was obtained through the observation of PSR B1913+16, a binary system made up of a pulsar in orbit around a companion neutron star, discovered in 1974 by Russel Hulse and Joseph Taylor, who received the Nobel Prize in Physics in 1993. Work carried out by Damour and Nathalie Deruelle showed that in general relativity, the gravitational force acting on the pulsar propagated from its companion at light speed, in the form of waves, and that this propagation caused a slow decrease in its orbital period4. Observations of PSR B1913+16 over three decades turned out to be in very good agreement with this direct consequence of propagation by gravitational waves.

Damour also played a crucial role in the direct detection of gravitational waves. Understanding the theoretical signal emitted by sources of gravitational waves is key to detecting such signal in the raw data from instruments such as LIGO and Virgo. Together with Luc Blanchet, Damour described the motion of two black holes as they approach each other. In addition, with Alessandra Buonanno, he developed a new theoretical approach to describe the final merger between two black holes and the emission of gravitational waves that accompanies it. This work was used in the process of analyzing the data from the LIGO detector and, now, from the Virgo detector.

Find out more about all the CNRS Gold Medal laureates. (In French). 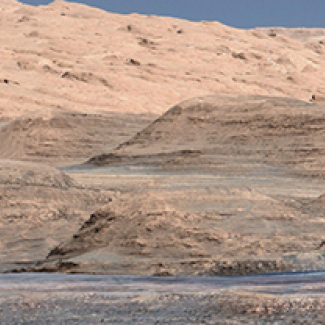 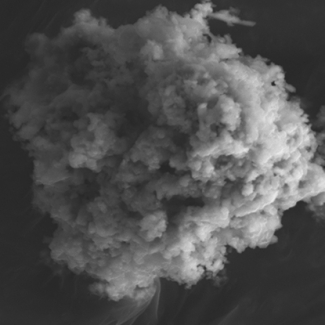 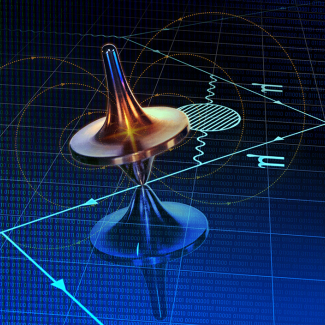 Particle physics: will muons lead us towards a new physics?