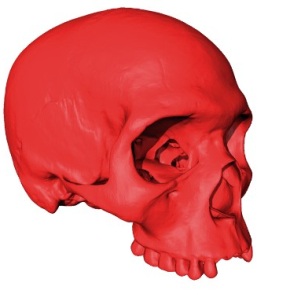 What noggin of modern humans’ ancestor would have looked like

Despite having lived about 300,000 years ago, the oldest ancestor of all members of Homo sapiens had a surprisingly modern skull—as suggested by a model created by scientist Aurélien Mounier of the Histoire Naturelle de l’Homme Préhistorique laboratory (CNRS / Muséum National d’Histoire Naturelle) and Cambridge University professor Marta Mirazón Lahr. After comparing the virtually rendered skull to those of five African fossil specimens contemporaneous with the first appearance of Homo sapiens, the two researchers posit that our species emerged through interbreeding of South and East African populations. Their findings are published in Nature Communications (10 September 2019).

Our species, Homo sapiens, arose in Africa roughly 300,000 years ago. But how and where exactly? Because few African fossils less than 500,000 years old have been discovered to date, we’re missing pieces to complete the puzzle of the history of our species. In this new study, the researchers wanted to expand the pool of available fossils … by creating virtual ones.

Accordingly, they took exhaustive measurements of 263 skulls of fossil and modern hominins1 from 29 different populations,2 to prepare 3D models.

Mounier and Mirazón Lahr demonstrated there was a close connection between the average cranial dimensions for each of the 29 populations and the respective positions of these populations in a phylogenetic tree largely constructed using genetic data.3 This relationship allowed the researchers to calculate the likely skull dimensions of the most recent ancestor of all Homo sapiens groups. The virtual 300,000-year-old fossil has relatively modern features: its round cranium, relatively high forehead, and slight brow ridges and facial projection make it similar in morphology to some fossils that are only 100,000 years old.

The researchers compared their virtual fossil skull to five real fossil skulls from African members of the genus Homo who lived 130,000 to 350,000 years ago and are occasionally thought to have been our ancestors. Their analysis suggests our species arose through the hybridization of populations from South and East Africa. On the other hand, North African populations—possibly represented by the Jebel Shroud fossil—are believed to have interbred with Neanderthals after migration into Europe, accounting to a lesser extent for the makeup of our species.

This study also sheds light on the history of our species outside of Africa. It supports the hypothesis, advanced by others on the basis of genetic evidence,4 that after an initial exodus from Africa that only left its mark in Oceania, a second migration allowed Homo sapiens to successively populate Europe, Asia, and finally, the Americas. 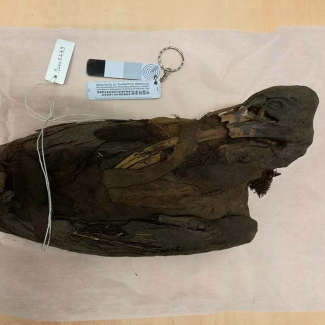 Wild birds as offerings to the Egyptian gods 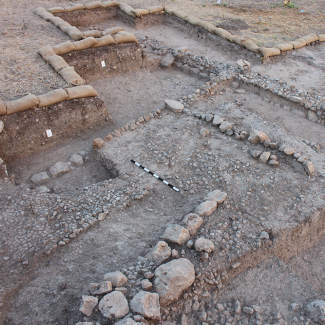 Cremation in the Middle-East dates as far back as 7,000 B.C. 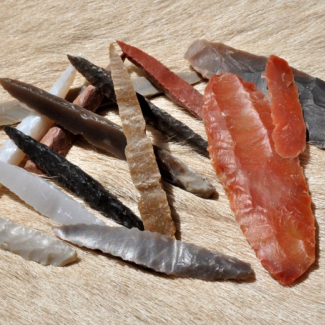