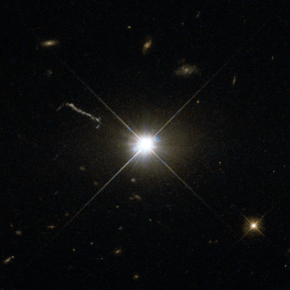 Scientists have revealed, for the first time outside our Galaxy, the properties of rapidly moving gas clouds in the immediate vicinity of a super-massive black hole, enabling the mass of the black hole to be measured with unprecedented accuracy. The measurement was carried out using the GRAVITY instrument on the Very Large Telescope (VLT, European Southern Observatory) by an international team led by the Max Planck Institute for Extraterrestrial Physics and including researchers from the CNRS, Observatoire de Paris - PSL, Université Grenoble-Alpes and Observatoire de la Côte d'Azur. The findings are published in Nature on 29 November 2018.

Researchers usually estimate the mass of super-massive black holes located in the heart of galaxies by observing the motion of stars or gas rotating around them: broadly speaking, the faster they rotate, the more massive the black hole is. For distant galaxies, direct measurement of the motion of gas very close to the black hole has until now been impossible, as these regions of gas are too small to be observable. To estimate the mass of the central black hole, astrophysicists therefore measure the time delay between the emission of light from the immediate environment of the black hole and its reverberation from the gas clouds, and use this to infer the size of the gas structure and, hence, the mass of the black hole. This method is known as ‘reverberation mapping’.

In this new study, astrophysicists used the VLT's GRAVITY instrument to investigate 3C 273, the first quasar ever identified, located in the centre of a galaxy about 2.5 billion light years away. Using a technique called interferometry, the GRAVITY instrument combines the light collected by the four telescopes of the VLT in Chile. Equivalent to a 130-metre diameter telescope, this combination provides astronomers with hugely increased spatial resolution that would, for example, make it possible to detect a 1 euro coin placed on the Moon.

Using GRAVITY to observe quasar 3C 273, they were able to detect for the first time the motion of rotating gas clouds in the immediate vicinity of a quasar’s black hole. With a radius of nearly 4 000 billion kilometres, the observed gas structure rotates at speeds of several thousand kilometres per second around an axis corresponding to the jet of matter emitted by the quasar.

These findings enabled them to ‘weigh’ the super-massive black hole at the centre of 3C 273. The mass estimated using GRAVITY, about 300 million solar masses, is consistent with previous measurements obtained by reverberation mapping, but with 100 times greater accuracy.

GRAVITY therefore validates the reverberation mapping method for weighing super-massive black holes and also provides a new, independent and extremely accurate method for measuring their mass in thousands of other quasars. 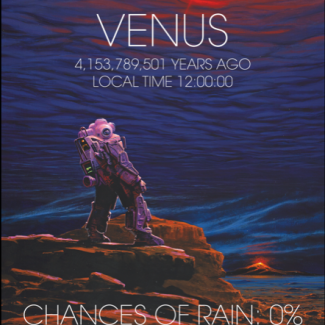 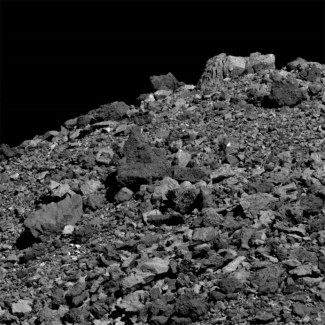