The National Committee for Scientific Research

A collective governing body reporting directly to the CNRS, the National Committee for Scientific Research (CoNRS)—which consists of a Scientific Board, the Scientific Boards of the Institutes, Sections specialising in each of the disciplines, and Interdisciplinary Commissions—plays an essential role in French scientific life.

The National Committee advises the CNRS governance—its president and chief research, resources and technology transfer officers—as well as the Institute directors. It participates in the development of the organisation’s scientific policy through its analysis of the current context and future prospects. It is assisted in its missions by the General Secretariat of the National Committee (SGCN). Thanks to the work of its governing bodies, which handle approximately 20,000 cases per year, the national committee:

Made up of more than 1,000 national and international experts - elected members (divided into colleges) and appointed members (scientific, business and foreign figures) - the national committee is highly representative of the scientific community. Its members contribute their skills to the core mission of the CNRS, which is “to identify and conduct, alone or with its partners, research that is in the interest of science as well as the technological, social, and cultural advancement of the country.”

The national committee includes four types of governing bodies, which are renewed each four years, and whose role is to advise and assess research.

The Scientific Board (CS) has been chaired since 2010 by Bruno Chaudret, who serves in an advisory capacity on the CNRS Board of Trustees.

The CS ensures the coherence of the organisation’s scientific policy, in conjunction with the National Committee’s advisory scientific bodies.

It notably advises on:

It also advises on nominations to the scientific boards of the Institutes and can request an opinion from the CNRS Ethics Committee.

Find out more about the CS (in french)

The role of the Institute Scientific Boards (CSI) is to :

Find out more about the CSI (in French)

The 41 sections of the National Committee cover all fields of knowledge. They take part in;

Find out more about the sections (in french)

The Interdisciplinary Commissions (CID) have authority in fields involving several sections or Institutes. There are five CIDs for the current term of office. Their missions depend on their area of activity.

Find out more about the CID (in french) 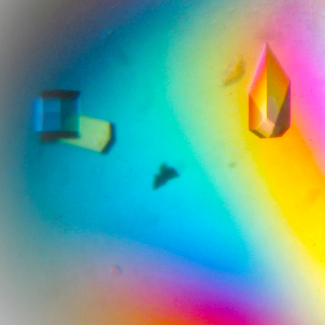 The CNRS activity report presents a selection of the scientific results of the research carried out in the laboratories, most often in collaboration with universities, research organizations, grandes écoles, industry or even foreign research institutions. This brochure also highlights the CNRS…