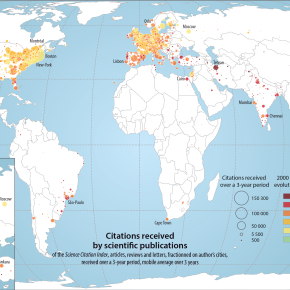 The world's major cities, such as New York, London, and Tokyo, are losing their predominant position in the production and circulation of scientific articles, according to a study carried out by the Laboratoire interdisciplinaire solidarités, sociétés, territoires (CNRS/University of Toulouse Jean Jaurès/EHESS/ENSFEA), the INCREASE Federation at the CNRS, and the Centre Marc Bloch in Berlin (CNRS/MEAE). These results are published in the October issue of the journal Scientometrics.

From the early 2000s onwards, higher-education policies in many countries favored the concentration of resources (both financial and human), thereby benefiting a few major university hubs. On the other hand, the exponential growth of the student population on a global scale has led to a spatial deconcentration of sites of knowledge production. Researchers have demonstrated that this phenomenon of deconcentration affects not only the production of scientific articles, but also their visibility and quality, measured by the number of citations (in other words, how many times an article is used as a reference in other scientific papers).

In order to assess the visibility of world publications, Marion Maisonobe and her co-authors have geocoded more than 14 million  of them, issued between 1999 and 2011 and listed on the Web of Science1—a database of articles from around the world, together with their citation links. The results show that the cities whose scientific papers are historically most often cited (New York, London, Tokyo, etc.) are losing their hegemony. The share of the top ten global cities in terms of the number of citations received fell from 23% in 2000 to 17.3% in 2010.

The researchers also estimated the evolution of the scientific influence of cities and countries worldwide, taking as an indicator the ratio between the share of quotations received and that of published articles.2 All other things being equal, cities in the emerging countries have gained impact, to the detriment of the main metropolises of the Western world. This is particularly noteworthy when it comes to urban centers in Asia (China, India, and Singapore), which recorded the highest progression rate across all disciplines. This is also the case for countries suffering from a lack of visibility: between 2000 and 2010, Iran thus gained 0.5 impact points in the sciences of the Universe and 0.8 points in mathematics, while South Africa gained 0.3 points in medicine.

Researchers have shown that this rebalancing in the geography of citations is also taking place within countries. In the US, the increased influence of Chicago and Los Angeles has come at the expense of that of New York. In France, the advantage of Paris dwindled over the period 2000–2010, as its national share of citations dropped from 41.7% to 37%.

This trend is observed in all disciplines. In the human and social sciences, there remains an asymmetry to the advantage of English-speaking countries—whose publications remain the most cited—but this tends to become less pronounced.

These results challenge the assumption that the world's largest cities are a breeding ground for high-quality scientific articles and the only legitimate recipients of human and financial resources. The deconcentration of research on a global scale has not accentuated the quality gap—measured by the number of citations—between the world's metropolises and the rest. On the contrary, new high-quality higher education and research hubs are now emerging. 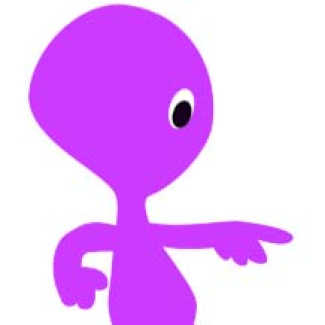 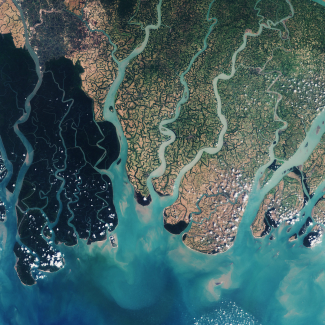