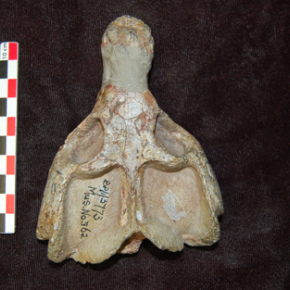 For how long have warm-blooded animals existed? The time at which this character first appeared in the ancestors of mammals has long been debated. Now, dating analyses carried out on 90 fossils by an international collaboration including the Laboratoire de Géologie de Lyon – Terre, Planètes, Environnement (CNRS/ENS de Lyon/Université Claude Bernard Lyon 1) have shown that warm-blooded species first appeared among our ancestors during the Late Permian, 252 – 259 million years ago. In addition, this new character may have enabled them to survive the Permian-Triassic extinction event, 252 million years ago. The work is published in the journal eLife dated 18 July 2017.

Today, only birds and mammals are able both to produce their own body heat (this is known as endothermy) and maintain it at a high, stable temperature (homeothermy). The combination of both these characteristics, endo-homeothermy, first appeared in the therapsids, the reptilian ancestors of mammals.  270 to 252 million years ago, the therapsids consisted of six subgroups, one of which, the cynodonts, gave rise to mammals.  The researchers brought together 90 fossils discovered in South Africa, Lesotho, Morocco and China, 63 of which were therapsids belonging to 22 different species, in order to study their oxygen isotopic1 composition. The incorporation of the two stable isotopes of oxygen, 16O and 18O, into teeth and bones varies according to an animal's metabolism.  A warm-blooded animal will therefore have a different isotopic composition from a cold-blooded animal that shares the same environment.

Differences in isotopic composition between certain therapsids and other contemporary species showed that eight species from two different lineages of therapsids were already endo-homeothermic several million years before the Permian-Triassic extinction event. One of the lineages, the dicynodonts, is now extinct, but the other one, the cynodonts, gave rise to the mammals.   Both survived the extinction event 252 million years ago, in which 75% of terrestrial species died out.  The key to their resistance to sudden climate change may lie in their endo-homeothermy. 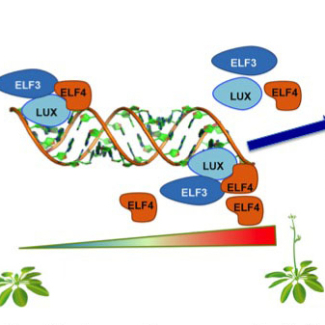