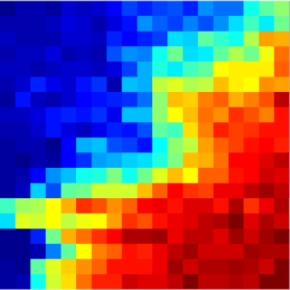 Physics can show us the inside of tumors

A team of physicists at the Institut Lumière Matière (CNRS/Université Claude Bernard Lyon 1), in collaboration with the Cancer Research Center of Lyon (CNRS/INSERM/ Université Claude Bernard Lyon 1/Centre Léon Bérard/Hospices civils de Lyon), has demonstrated the potential, for oncology, of an imaging technique based only on the physical properties of tumors. It can differentiate populations of malignant cells and monitor how effective an anticancer treatment is. These results, published in Physical Review Letters on January 8, 2019, should help in the design of new therapeutic molecules and in the personalization of treatments.

Despite a good understanding of the biology of cancer, 90% of experimental drugs fail during clinical trials. It is also increasingly suspected that the mechanical properties of tumors influence disease progression, and treatment efficacy. Although we can evaluate tumor elasticity globally, it is more difficult to measure local rigidity deep down and to see whether the core of the tumor resists the penetration of therapeutic liquids. To probe these physical properties, the researchers have used a noncontact imaging technique that does not require the use of contrast agents – therefore that does not disturb tissue function – that exploits natural infinitesimal vibrations of matter.

To recapitulate the behavior of colorectal tumors in vitro, the researchers created organoids, spheres with diameter 0.3 mm formed by the aggregation of tumor cells. They focused a red laser beam onto these objects. The infinitesimal vibrations of the sample, generated by thermal agitation, modify very slightly the color of the light beam that exits the sample. By analyzing this light, a map of the mechanical properties of the model tumors is created: the more rigid the area scanned by the laser, the faster the vibrations and, in a manner comparable to the Doppler effect (the mechanism that makes a siren sound increasingly shrill as it gets closer), the greater the color change.

From organoids composed of two cell lines with different malignancies, the researchers have shown that they could distinguish the two cell types from their mechanical properties. Such information is crucial because it may allow diagnosis from biopsy analysis to be refined and offer better assessment of tumor grade. Local variations in mechanical properties after a drug treatment have also been monitored using this technique: the center of the tumor remains rigid longer than the edge, demonstrating the treatment’s efficacy gradient. So local measurement of mechanical properties could confirm the total destruction of the tumor and help in choosing as low a treatment dose and duration as possible.

This approach allows exploring the impact of mechanical properties on the therapeutic response. It should lead to more predictive in vitro tumor models for testing new therapeutic molecules and for combined therapies, which act for example on tissue rigidity to accelerate the penetration of active molecules in the center of the tumor. It could also provide new indicators to guide clinicians in personalization of therapies. 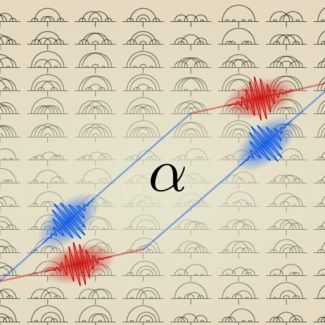