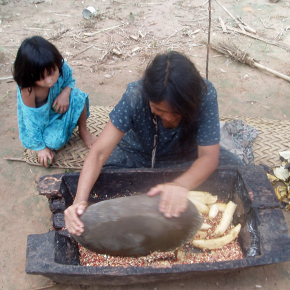 How do children learn their mother tongue? This question has been the subject of few studies conducted outside of industrialized countries. At the Laboratoire de sciences cognitives et psycholinguistique (CNRS/ENS/EHESS), specialists in language development in children have studied a traditional population in the Bolivian Amazon, the Tsimane1, in partnership with bio-anthropologists from Toulouse 1 Capitole University2 and the University of California at Santa Barbara. Their study, published on November 2, 2017 in the journal Child Development, shows that, on average, less than one minute per hour is spent talking to children under the age of four. This is up to ten times less than for children of the same age in industrialized countries. This observation should prompt us to conduct more studies of this kind in various cultures in order to verify if the process of learning a mother tongue is universal.

In all human cultures, it takes little effort for children to learn the language(s) spoken by those around them. Although this process has fascinated several generations of specialists, it remains poorly understood. Most theories are based on the study of a small number of cultures, mainly in industrialized countries like the United States or France, where schooling is widespread and family size rather small.

Specialists on this subject have studied a population of forager-horticulturists from the Bolivian Amazon, the Tsimane. Thanks to a collaboration with anthropologists with specialist knowledge of this ethnic group, they enjoyed access to a unique database. From 2002 to 2005, the members of the Tsimane project visited groups of people in their homes at different times of the day. During their observations, they noted what each person present was doing, and with whom. This study, conducted in six representative villages, included nearly a thousand Tsimane.

Based on these observations, language development specialists found that, for all speakers combined, the time spent talking to a child under the age of four was less than one minute per hour. This is four times less than estimates for older people present at the same time and place.3 And up to ten times less than for young children in Western countries, according to estimates from previous studies.

Although mothers are the ones who speak to their child most often, as in our culture, they do so much less frequently. After the age of three, the majority of words spoken to young children come from other children, usually their siblings (the Tsimane have five on average, whereas French and American children have on average one sibling).

These results thus reveal wide intercultural variation in the linguistic experiences of young children. In developed countries, however, the development of language in children is correlated with the words spoken directly to him or her by adults, and not with the other words the child has heard. Is this correlation universal? Tsimane children grow up in a rich social world: at any moment, they will be surrounded by eight people on average. Do the conversations they hear, which take up around ten minutes per hour, contribute to their learning? Research is currently continuing on the ground: by recording the words spoken to Tsimane children, and those that they utter, the researchers hope to answer these questions.

To find out more: View the results on this page.4 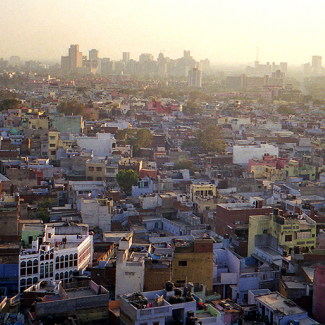 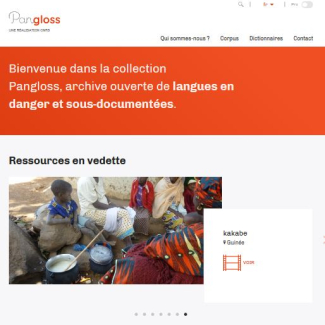 Forgetting past misdeeds to justify future ones