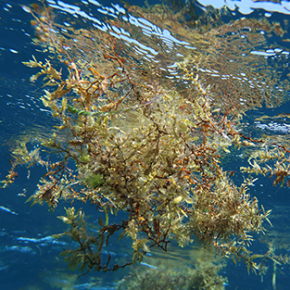 A research team including the CNRS and the Université des Antilles has just launched an 18-month interdisciplinary research project, largely financed by Ademe, on the brown seaweed known as Sargassum that has periodically invaded the coasts of the West Indies since 2011. The central objective is to find a way to repurpose this seaweed, which is a cause of public health problems in the Caribbean region. The project will be presented on October 3 during the 15th Regional Cooperation Conference in the Antilles-French Guiana.

Since 2011, two species of Sargassum, Sargassum fluitans and Sargassum natans, have been proliferating in the North Atlantic, and periodically washing up in massive fashion on Caribbean coasts. While these seaweeds have always existed, the major groundings of recent years across Atlantic coasts stretching from the Caribbean to South America are entirely unprecedented.

The Sargassum releases considerable quantities of hydrogen sulfide when it decomposes on beaches, provoking olfactory, mechanical, and health problems. Major clean up campaigns have been implemented to counter this damage, although they raise issues with regard to the collecting, storing, and repurposing or elimination of this raw material.

The ECO3SAR research project steered by the Borea laboratory1 (CNRS/MNHN/SU/IRD/Université Caen Normandie/Université des Antilles), in collaboration with researchers from the Université des Antilles2 and in partnership with the Drôme departmental analysis laboratory, aims to explore avenues for the repurposing of Sargassum, especially in the form of compost. The project, which takes its place within the larger need to increase scientific knowledge of these seaweeds, includes a company specializing in the production of compost3, thereby ensuring that this knowledge is transferred toward potential applications.

The researchers will conduct chemical analyses to detect the presence of pollutants, as Sargassum is known for easily accumulating heavy metals. Earlier studies have in fact shown that it can be contaminated by arsenic and chlordecone, thereby making it difficult to repurpose4. In order to proceed with their analyses, scientists have launched missions to collect seaweed samples, with the first campaign taking place last July, and the following one planned for October. In all, approximately 45 sites will be sampled in Martinique and Guadeloupe. Scientists are also taking an interest in the degradation process of Sargassum by looking at which microorganisms are associated with them, and how they evolve during the degradation of the seaweed. The final section of the study will focus on networks for Sargassum repurposing projects, along with their social acceptance by the local population.

Ecology: The Scientific Literature Dominated by Men and a Handful of Countries 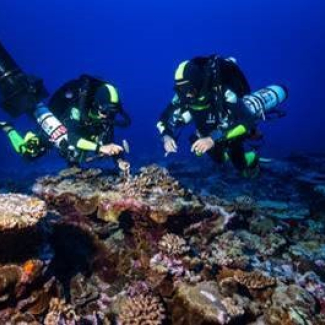 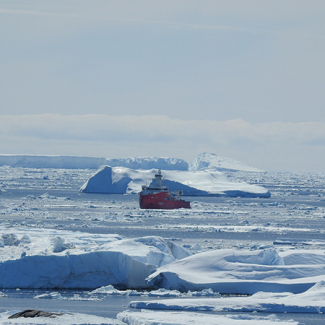