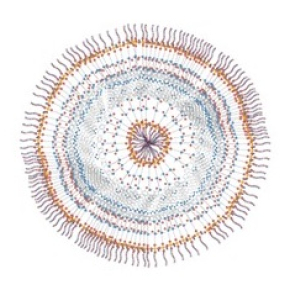 •    Charcot-Marie Tooth disease causes progressive paralysis of the legs and hands. No treatment is available today.
•    After more than a decade of research, a French team has developed an RNA-based therapy that allows model mice to regain their mobility.

Charcot-Marie Tooth disease is the most common hereditary neurological disease in the world. It affects the peripheral nerves and causes progressive paralysis of the legs and hands. No treatment is currently available to fight this disease, which is due to the overexpression of a specific protein. Scientists from the CNRS, INSERM, the AP-HP and the Paris-Saclay and Paris universities have developed a therapy based on degrading the coding RNA for this protein in mice. Their work is patented and was published on 9 March 2021 in Communications Biology.

In molecular biology, transcription is when a DNA molecule is copied to make an RNA molecule. This RNA molecule is then “translated” into a protein, which can perform different functions within the body’s cells. When a specific protein called PMP22 is made twice as much as normal, it causes type 1A of genetic Charcot-Marie Tooth disease to develop. This overproduction leads to gradual paralysis of the legs and hands.

The challenge then, is to standardize the expression of this protein in people with Charcot-Marie Tooth disease. French scientists1 have developed a patented2 therapy based on reducing RNA coding for the PMP22 protein. To achieve this they used other small RNA molecules capable of interfering with a specific RNA, here the one that encodes PMP22, and of degrading or reducing its translation into protein.

The difficulty in developing this therapy has been to stabilise these small RNAs, known as small interfering RNA or siRNA, which degrade very rapidly in biological environments. Researchers have coupled them with another molecule called squalene, which is typically used in cosmetology and pharmacology. Biocompatible, biodegradable and forming nanoparticles in water, squalene protects siRNA from degradation. It also controls the size of the particles formed and the amount of siRNA injected.

These scientists then showed, in mice models for this disease, that injecting these interfering RNAs completely and rapidly restored of mouse locomotor activity and strength. The siRNAs penetrate the peripheral nerves, strengthen the myelin sheath3 around those nerves, and normalize the nerve signal velocity. The effect of treatment lasts for three weeks for severe forms and more than ten weeks for milder forms of the disease.

This therapeutic strategy for hereditary peripheral neuropathies, developed entirely in France, is proof of concept for a new precision medicine based on siRNA normalization of the expression of an overexpressed gene. It will now be developed in humans with pre-clinical and clinical studies.