CNRS: a new Director at the Institute of Ecology and Environment

CNRS CEO Antoine Petit has appointed Stéphane Blanc as Director of the Institute of Ecology and Environment, effective 1 March 2021. He will succeed Stéphanie Thiébault, who will take on other responsibilities.

Born in Lyon in July 1971, CNRS Senior Researcher Stéphane Blanc is a specialist in animal and human ecophysiology, a discipline that studies the physiological, behavioural, and morphological plasticity of organisms in response to environmental fluctuations. He conducts his research at the Hubert Curien Pluridisciplinary Institute (IPHC) in Strasbourg, a laboratory that brings together the CNRS and l’Université de Strasbourg, where he directed the ecology, physiology, and ethology department (2006-2012).

In addition to his activity in the laboratory, he held the post of Deputy Scientific Director of the CNRS Institute of Ecology and Environment (INEE) from 2012 to 2016. He was specifically in charge of interdisciplinarity, relations with the Allenvi alliance, and the implementation of the Future Earth international programme.

In 2017, as Officer for International Affairs at the CNRS Research Office, he was in charge of the mission for interdisciplinarity, and oversaw the implementation and activity of the priority research programme “Make Our Planet Great Again” (MOPGA). He was later named the director of the CNRS’s new Mission for Transversal and Interdisciplinary Initiatives (MITI) from 2018 to 2020.

As the Deputy Scientific Director at INEE since 2020, he pursued site policy and partnerships measures in ecology and the environment, site studies in global ecology, and the activity of the “Environment Societies” Interdisciplinary Commission 52 of the CNRS. Over the last year, he has also served as the scientific and technical supervisor for the DRIIHM laboratory of excellence, an interdisciplinary research network focusing on human/environment interactions.

After earning a doctorate in “human biology in extreme environments” from l’université Claude Bernard Lyon 1 (1999), Blanc completed a post-doctoral fellowship at the National Primate Research Center and the Center for Nutritional Sciences at the University of Wisconsin in the United States. Recruited at the CNRS in 2003 as a researcher, he became a senior researcher in 2012. He and his team in Strasbourg today focus on the impact of environmental factors on metabolic health using the approaches of comparative physiology in extreme environments, as well as ecology and health among humans and non-conventional animal models such as the brown bear or the mouse lemur, a primate from Madagascar.

His research has produced one hundred published scientific articles, and has been recognized by the French Society of Nutrition (2001) and the American Society for Gravitational and Space Research (2013). Blanc was also awarded the research prize in nutrition by the Institut Danone and the Foundation for Medical Research (2018), as well as the 2019 Life Sciences prize from the International Academy of Astronautics.

Safran teams up with the University of Limoges, CNRS and the National Research Agency to inaugurate the joint X-SELANS lab 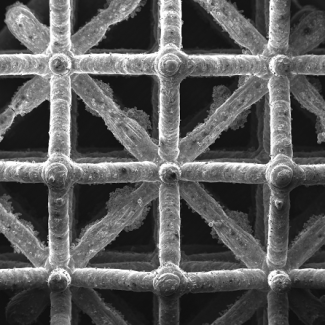