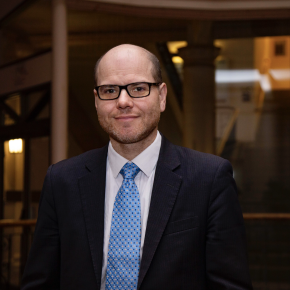 The CNRS has opened its 9th office abroad in Ottawa, Canada, in order to better coordinate and expand its research partnership activities across the country. The office's director, Jan Matas, explains.

Why is the CNRS opening an office in Canada?

Jan Matas1 : This new office will enable the CNRS to pursue a more diversified and targeted partnerships with actors of the Canadian research. Canada, the 4th country in terms of the number of co-publications2 , over 2,400 peer-reviewed papers each year3 , is one of the CNRS's key partners. We share a number of major scientific strategies such as artificial intelligence, quantum sciences, and polar and marine sciences, for which Canada has substantial research and innovation resources across its provinces and territories. Through partnerships with the different actors in Canada, we also hope to take advantage of complementarity in the North-American approach to better respond to global social challenges.

In the past, the CNRS's scientific cooperation in Canada has been managed from its North America office located in Washington, D.C. A joint satellite office of the CNRS and the Université de Lyon, hosted by the University of Ottawa, was put in place in 2019 to explore new opportunities for cooperation. Thus, the creation of a new CNRS office in Canada aims to further expand the efforts conducted in recent years, and to establish new connexions with universities, research organizations, and funding agencies.

What is the current state of scientific collaboration with Canada?

J. M. : The CNRS relies on a network of strong and long-lasting cooperation with institutions and universities on the federal level. Historically it has been firmly rooted in Quebec, where the scientific communities share both language and cultural proximity, and where the CNRS can count on a strong institutional support. In 2021, there were four International Research Laboratories (IRL)4  in Canada focusing on arctic ecosystems, nanotechnology, and mathematics, currently involving 15 CNRS researchers on long-term stays (see text box). The CNRS has also established 14 International Research Projects5  on topics covering all CNRS institutes, as well as four International Research Networks6  for which the primary partner is Canadian. The CNRS also funds over 20 doctoral contracts, 11 of which are with the University of Toronto, and in partnership with the French universities where their beneficiaries are enrolled. These structured cooperation efforts represented an investment of approximately 1.8 M€ for the CNRS in 2021.

Thanks to CNRS’s interdisciplinary anchoring in the French research and innovation landscape—including hard science as well as the human and social sciences—and its role in coordinating certain French national strategies, the CNRS enjoys strong institutional recognition in Canada among governmental decision-makers, Canadian funding agencies, as well as universities. The strategic positioning of the new CNRS office in the federal capital facilitates our cooperative work with the scientific community across the country, between the Atlantic, the Pacific, and the Arctic coasts.

Despite the pandemic, CNRS has signed several ambitious cooperation agreements with Canadian institutions such as MITACS7  and CIFAR8 , in order to facilitate transatlantic mobility and to launch French-Canadian interdisciplinary projects, especially in AI. Substantial cooperation already exists with funding agencies, such as the Quebec Research Fund (FRQ) and its natural sciences and engineering branch (FRQ-NT9 ) in supporting our IRLs in Quebec, and the Natural Sciences and Engineering Research Council (NSERC)10  in promoting and emphasizing CNRS activity on the federal level. As part of this broad cooperation, an innovative agreement was signed in 2021 between CNRS Innovation and the Accelerator for the Creation of Technology Businesses (ACET) in Sherbrooke to support CNRS start-ups within the Canadian ecosystem.

What will the office's first priorities and activities be?

J. M. : While the pandemic has significantly affected how we work abroad, we were able to launch numerous actions. As part of a "post-pandemic" revival, which I hope will come very soon, the office will support the implementation of new agreements signed for the benefit of the scientific community. These include the establishment of the France – Canada network in quantum sciences with several Canadian and French universities, the future launch of a call for proposals to create an international network in "accountable" AI with CIFAR, and the upcoming organization of a "doctoral forum" with the University of Toronto.

I would also like the office to contribute more actively to scientific diplomacy, and to build innovative partnerships, for instance with the French Ministry for Europe and Foreign Affairs, and the French Ministry of Higher Education and Research. CNRS is directly involved in cooperation activities on the federal and provincial level through its many collaborations (IRL, IRP, and IRN), and, thus, has a comprehensive vision of higher education, research, and innovation in Canada. There is a potential to further develop the links with the French Embassy in Ottawa and the French Consulate General in Quebec, even though we already have regular and constructive ties with them. We also have a role to play in facilitating, building, and strengthening partnerships with French universities, with proof of concept having been demonstrated via the joint satellite office with the Université de Lyon. Associating a national research organization with universities helps building up international links between scientific research and research-based training, and combines our strengths and complementarities. To engage in long-term endeavours, French-Canadian cooperation projects must be connected not only to doctoral projects, but also to mobility for master's students conducting research internships.

Thanks to the CNRS's firm position within the European research area, the office can also position itself as a facilitator of scientific partnerships on this level. CNRS can share its experience and expertise with its transatlantic partners, as Canada seeks to become more involved in the European Research Area as part of the Horizon Europe programme11 .

What prospects for cooperation are there in connection with the major scientific strategies shared with Canada?

J. M. : New opportunities have been created since 2015 thanks to support from Justin Trudeau's federal government for research and scientific innovation, with a view to strengthening cooperation in strategic subjects on a pan-Canadian level. This notably includes artificial intelligence, quantum science and technology, polar and marine sciences, the energy transition, and global health.

These topics and investments resonate with a number of French Priority Research Programs and Equipment (PEPRs) for which the CNRS is one of the operators—such as the Carbon-Free Hydrogen PEPR, the Quantum Technologies PEPR, and the Ocean and Climate PPR—along with the priorities of the France 2030 plan recently announced by President Emmanuel Macron.

The transatlantic convergences offer a broad range of opportunities for the French scientific community, with respect to both basic research and technology transfer. Canadian research actors and companies have a much more developed partnership culture than the one present in France. Transatlantic cooperation and dialogue can, thus, generate more innovative projects, in addition to the exchange of best practices. The new CNRS office in Canada aims to contribute to this broad dynamics.

The CNRS's IRLs in Canada

Created in January 2011, the Takuvik IRL grew out of a partnership between l'Université Laval and the CNRS (National Institute for Earth Sciences and Astronomy). The Takuvik research programme seeks to better understand the impact of today's climatic and anthropic environmental disruption on arctic, marine, and terrestrial ecosystems and geosystems.

Since its creation in 1968, the Mathematics Research Center (CRM) has played a crucial role in developing mathematics in Quebec and Canada. Thanks to the support of the National Research Council Canada (NRCC), and later the Natural Sciences and Engineering Research Council of Canada (NSERC), the CRM has become a major international centre bringing together almost all of Quebec's active mathematicians, as well as a number of mathematicians from other Canadian provinces and abroad. The CRM-CNRS IRL was created in 2011. 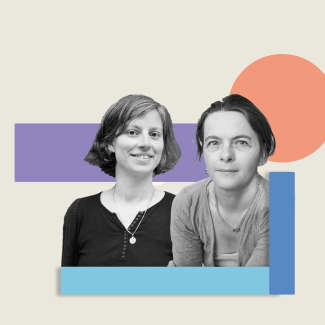 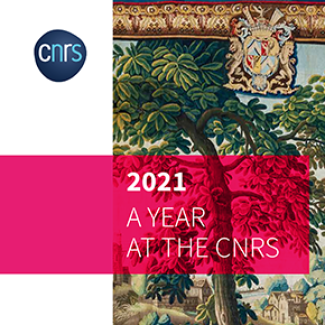