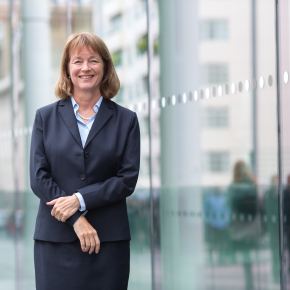 The CNRS-Imperial International Research Centre for Transformational Science and Technology is the second International Research Centre (IRC) launched abroad by the CNRS1 . This new type of structure allows for an ambitious strategic dialogue to define common interests and collaborations with joint and co-financed projects. Which are the main areas of research selected for this IRC, and why?

Alice Gast2 : This International Research Centre is indeed an exciting new scientific hub for cross-disciplinary collaboration. It will build on the UK and France’s complementary strengths in mathematical sciences, the Internet of Things (IoT), artificial intelligence (AI), data sciences, and engineering systems. There are also growing collaborations in material sciences, DNA storage, medicine, and food and nutrition. All these present new opportunities to gain knowledge and to better address global challenges, to make our societies smart, resilient, sustainable and healthy.

The CNRS-Imperial IRC aims in particular to support the United Nations Sustainable Development Goals (SDG)3   through its research.

A. G.: Imperial and CNRS scientists are already working closely together to create opportunities for improved health, equality and economic growth in the UK and worldwide.  Both institutions see opportunities to increase our collaboration beyond what we have already achieved, taking advantage of our respective research strengths, to investigate and solve pressing global challenges linked to the UN Sustainable Development Goals.

These goals are critical to address the interlinked crises of climate change, biodiversity loss, and pollution together with the economic and the social fragility they cause. They are also critical to the challenges we all face in public health and pandemic preparedness.  Both Imperial and the CNRS plan to look at opportunities for further research collaboration with partners in Africa. Our strong networks in both English and French speaking countries will allow us to do more work together with our African colleagues.

Imperial recently launched a new Global Development Hub to help maximise the impact of our academics’ research on society and in the developing world, and to engage with the SDGs. As part of the new Centre’s commitments to working collaboratively on SDGs, the Global Development Hub team are engaging with the CNRS and a wide range of European and African partners to carry out research into environmentally-friendly food systems.

Imperial College London is one of the world’s top universities— currently ranked 3rd in the UK and 3rd in Europe. What are its primary areas of excellence and how does it view its role in in a world that seems increasingly—politically at least—fragmented?

A. G.: Imperial has a world-class reputation in science, engineering, business and medicine. Our scientists make major breakthroughs every year, from the world’s first COVID-19 human challenge trials, to exploring the surface of Mars, to Professor Sir Martin Hairer’s 2021 Breakthrough prize for stochastic analysis. Imperial is also one of the world’s most international universities. More than 60 per cent of our students are international and our research collaborations with global peers are spreading further around the world than ever before. These international collaborations are critical to our success.

The best science comes from diverse teams and international collaborations, and the universities that truly collaborate will be best placed to educate and innovate for generations to come. I saw this when I spent a postdoctoral year and subsequent sabbaticals in France.  These visits opened my eyes to how differences in culture, experiences and world views enhance our work together. I remember sitting down to tackle a complex problem in condensed matter physics and I found my French colleagues taking a completely different approach from mine. Our complementary strengths, when combined, augmented our work.

You have strong and long-standing ties with a number of other partners, such as the Massachusetts Institute of Technology (MIT). How does the collaboration with the CNRS compare to your other partners?

A. G.: Imperial works with international partners in many ways, such as through joint laboratories and centres, seed funds and projects, and student and staff exchanges. We have collaborated with MIT for more than 80 years, and we now have a student exchange, enterprise programme and a joint seed fund for early-stage research.

We have equally strong and long-standing ties with the CNRS. For decades, our scientists have moved across the Channel to share knowledge, spend time in each other’s labs, and advance our scientific knowledge. One of the world’s most famous chemists and Nobel Laureate, Sir Derek Barton, had leading roles at both Imperial and the CNRS. Today, the CNRS is actually our top European collaborator in terms of co-authored publications, with around 500 papers between Imperial and CNRS academics published every year. This new Centre will bring Imperial and the CNRS even closer together, and we are already seeing our publications with the CNRS grow year on year since the launch of the Abraham de Moivre International Research Laboratory (IRL)4  in 2018.

Other universities in the UK have chosen other European countries - for example Germany - to focus their European collaborations. Why, through this IRC, did you choose France as a partner and more particularly the CNRS?

A. G.: Imperial is one of the world's most international universities and we work with many partners across Europe. Since the Brexit referendum result Imperial has developed a series of new European partnerships, for example, with both the CNRS and Germany's Technical University of Munich. We will continue to establish partnerships and collaborations in Europe and throughout the world.

Scientists in France and the UK have collaborated together for decades. France has a rich history of brilliant mathematicians and scientists. The country has produced six Fields Medal winners since 1990, including the mathematician Cedric Villani, who visited Imperial with the CNRS a few years ago.

In 2018 we were honoured to host the CNRS’s first International Research Laboratory in the UK. The Abraham de Moivre IRL is a joint mathematics laboratory which serves as a hub for collaborations between the French and UK mathematics communities. It has already hosted dozens of French mathematicians here in London. Since then the partnership has gone from strength to strength and expanded into joint PhD projects in big data, and international research projects in Quantum Fields and Strings and Integrative Metabolism.

Our collaborative PhD Joint Programme is now in its third year. This is a fantastic programme as it both connects our leading scientists and it attracts very bright PhD students who have access to labs, academics and facilities on both sides – as each project engages a PhD student on each side for three years.  The PhD students really are a strong bridge for building research capacity and joining groups together, not least as the programme has a built-in exchange and co-supervision element whereby our students will spend at least three to six months in a CNRS lab and vice versa.

While the UK is no longer part of the European Union, the IRC arises, respectively, as a gateway for Imperial College London in France - and more broadly in the EU-, and for the CNRS in the UK. This is proof that a bond can be maintained despite Brexit. How do you measure the impact of Brexit on your European relations, and more specifically regarding the UE funding programme Horizon Europe?

A. G.: We must not let these uncertain times distract us from the important work before us. Our international engagements make us stronger and we will continue to build them. We will continue to keep our doors open to students, collaborations and colleagues from around the world.  Following the UK’s exit from the EU, it is more necessary than ever to strengthen ties with our partners in Europe. On both sides of the Channel, Imperial and the CNRS are very keen to maintain close links and create new ones between their teams.

Europe is now experiencing its greatest conflict since the Second World War, and many large organizations have taken strong positions against Russia. What was the reaction from UK research institutions?

A. G.: We are deeply concerned by the tragic events in Ukraine and our hearts go out to all those affected. We condemn the Russian Federation's unjustified and inhumane invasion.

UK, Russian and Ukrainian scientists have worked closely for decades in areas such as healthcare, high energy physics and space exploration. There is a long history of scientists working across borders during times of conflict, improving the world through their discoveries and playing an important role in rebuilding relationships that have been divided. These individual relationships must continue; however, we will not work with the Russian state. 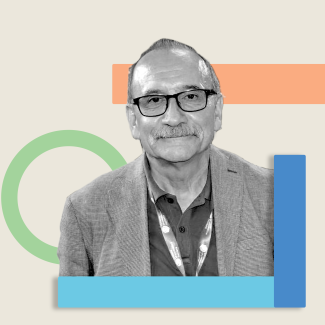 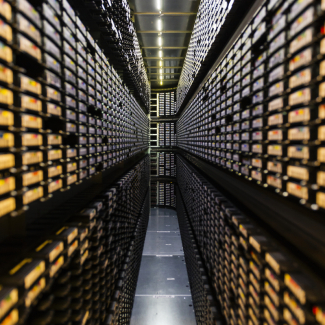 The CNRS encourages its scientists to stop paying to be published