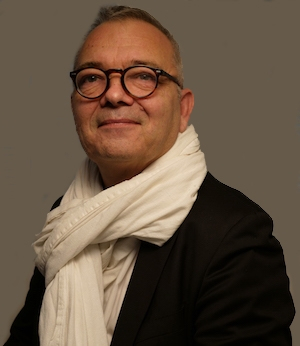 Following a PhD in geology-geochemistry from the Louis Pasteur University in Strasbourg and post-doctorate studies at the Lamont-Doherty Geological Observatory at Columbia University (New York, USA), Eric Humler was appointed as an assistant physicist in 1991 and then as a lecturer at the Geochemistry and Cosmochemistry laboratory at the Institut de Physique du Globe in Paris. In 2004, he became a professor at the University of Nantes where he is also the director of the Planetology and Geodynamics Laboratory. In 2012, he was appointed as a scientific advisor to the vice-president of the University of Nantes' scientific council and as deputy director of the Science of the Universe Observatory (OSUNA) in Nantes. He became the director of research at the École des Mines in Nantes where he coordinates the research of five laboratories in computer science, robotics, environmental engineering, nuclear physics and human and social sciences. In 2015, he joined the CNRS National Institute for Earth Sciences and Astronomy as its deputy scientific director in charge of the solid earth domain. He is also a member of the Mission for Transversal and Interdisciplinary Initiatives (MITI). Since January 1st 2020, he has been the chairman of the Very Large-Scale Research Facilities Committee (TGIR).

The committee assists the TGE/TGI chairman and the Institute directors in the preparation and follow-up of decisions, both from the European and international perspective.