Using a specialized protein, all bacteria are capable of rapidly and effectively repairing damage to their DNA from UV. However, this mutation frequency decline (Mfd) protein plays another role and causes mutations. A team1 involving scientists from CNRS, ENS-PSL and supported by Inserm has demonstrated and described this phenomenon. Better understanding of mutations opens up prospects in the fight against resistance to antibiotics and anti-cancer therapies. This study was published in PNAS on 5 April 2021.

DNA can undergo many degradations, including UV degradation. Just as a landslide on a railway track will prevent a train from passing, the damage generated by UV rays is an obstacle to RNA polymerase, a protein that travels along the length of DNA to read its instructions. RNA polymerase being blocked at any point prevents damage from being repaired. To restore the “track”, bacteria possess the Mfd protein that clears the blocked RNA polymerase, and then recruits other proteins to help with the repairs, avoiding mutations.

Biologists from the Institut de Biologie de l’ENS (CNRS/ENS – PSL/INSERM) have just solved the mystery behind a previously lesser-known role of this protein. It is involved in the formation of DNA areas where mutations appear more easily.

The cell machinery involving the Mfd protein normally repairs DNA, but when a bacterium faces certain stressors, such as the presence of an antibiotic, it takes another route: Mfd grips to an active RNA polymerase as it scrolls through DNA, rather than clearing a blocked RNA polymerase. Once bound together, the two proteins unwind the double DNA helix rapidly and on a large scale, forcing it open. The opening of the two DNA strands creates a favourable environment for the formation of particular zones facilitating mutations: R-loops.

R-loops are still poorly understood structures, but they are the source of many mutations: scientists have shown that nearly half of the mutations in bacteria are due to these structures. As antibiotic resistance is born from mutations, this work, which demonstrates the link between Mfd and R-loops, opens up new perspectives in the fight against antibiotic resistance.

The research team also points out that Mfd has equivalents in the various branches of life and that this mutation mechanism is probably universally present. In humans, for example, the protein homologous to Mfd is involved in accelerated ageing and evolution of tumor resistance to chemotherapy. Scientists believe that a mechanism similar to R-loop formation could occur in cancer cells, introducing mutations that can make them resistant to treatment. 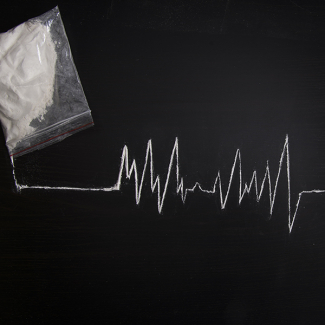 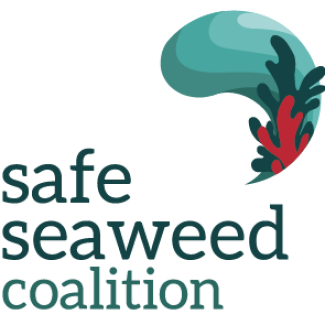 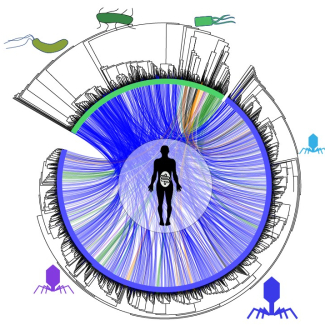 Bacteria and viruses: a network of intestinal relationships