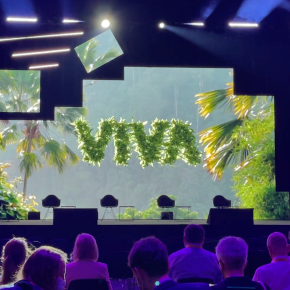 VivaTech 2022: The CNRS, A Driver of Tomorrow's Innovation

At Europe's largest innovation tech fair, to be held from June 15-18 2022, the CNRS will present a dozen start-ups in the fields of health, sustainable development, and digital technology, offering an illustration of the scientific research being pursued in connection with national acceleration strategies.

The CNRS is a major actor in French deeptech, with over 1,700 start-ups emerging from laboratories under the organization's administrative supervision in the last twenty years.1 That is precisely what the organization will emphasize at the third edition of VivaTech, Europe's largest innovation tech fair, to be held in Paris from June 15-18.

"This year we invited more 'mature' start-ups to be present. Some took advantage of CNRS support tools such as prematuration,2 maturation,3 or the RISE programme,4 subsequently raising funds with investors, often for substantial amounts, and today standing on the verge of entering the market with innovation that will have real societal impact," explains CNRS Chief Innovation Officer Jean-Luc Moullet. This funding was used to develop their technology, or to conduct clinical tests. "At VivaTech we want to demonstrate that public research activity can create start-ups, which go on to develop and position themselves as credible actors in their market," Moullet adds.

A good example is Cardiawave, one of the 12 start-ups that will be presented at the CNRS booth this year, which was created in 2015 as a spinoff from the Langevin Institute5  and the Physics for Medicine Laboratory.6 What began as a meeting between imaging know-how and ultrasound therapy in the laboratory led, five years later, to the creation of a young company that is today in the clinical validation phase for a technology targeting aortic stenosis, the most common and deadly valvular disease. "There is no medication for this pathology that affects those over 65. Today we only treat high-risk individuals with intensive open-heart surgical techniques," explains Benjamin Bertrand, the co-founder and CEO of the start-up. Cardiawave has developed an innovative and non-invasive system that could treat not only the seriously ill, but also those who are at an earlier stage, thereby offering prevention options that do not exist today.

"This 6th edition marks the major return of VivaTech," affirms Julie Ranty, the Managing Director of the VivaTechnology fair. Over 1,500 exhibitors are expected at the Porte de Versailles and on the digital platform, which will be freely accessible worldwide in order "to create a genuine online echo chamber for the event." Major topics were chosen, such as the fight against global warming, the energy transition, mobility of the future, the "future of work," inclusion, Web3,7 and the Metaverse.8 These subjects will set the tone for the four days of VivaTech 2022, via debates, well-known speakers, and cutting-edge innovation. "With 250 deeptech start-ups created in France in 2021, an increase of 26% in one year according to Bpifrance, France has nothing to be ashamed of compared to other countries. There has been major investment in this sector: 3 billion euros from the government to launch young companies using ground-breaking technology, and over 700 million euros from Bpifrance," Ranty points out.

"VivaTech is a fine opportunity to feature and develop one's network with the CNRS and start-ups. The tech fair also ensures visibility to the broader public, although many of the start-ups are not yet on the market," explains Sophie Brac de la Perrière, co-founder and CEO of the start-up Healshape,9 who was present at the CNRS's booth during VivaTech 2021, and whose company develops bioprostheses for natural and simple mammary reconstruction.

This year the CNRS chose three fields that are facing challenges with a major societal impact: health, sustainable development, and digital technology. Accelerating the discovery of new medical treatments, transforming atmospheric CO2 into fuel, designing a quantum computer... The ground-breaking innovations that will one day enable these achievements will be presented at the CNRS exhibitor space. "We would like to share our vision at VivaTech, showing how the fast-approaching quantum computer will meet the challenges of the 21st century and impact industry, or how one can set out from a laboratory along an entrepreneurial path where Big Tech and start-ups meet,"explains Théau Peronnin, co-founder of the start-up Alice & Bob, whose goal is to create a universal quantum computer within five years that can run any algorithm without error, a revolutionary promise that recently helped raise 27 million euros in funding.

Imagining the projects that will be presented at VivaTech 2032

The programme at the CNRS booth will also include talks and discussions regarding subjects relating to France’s exploratory Priority Research Programmes and Equipment (PEPR), in addition to the national acceleration strategies identified by the government as part of the France 2030 Recovery plan, such as quantum technology, space exploration, decarbonising industry, medtech, and biotech. These discussions among leaders of PEPRs—whose goal is to meet today's economic, societal, digital, and environmental challenges—and managers of start-ups that have emerged from CNRS laboratories serve as a link between the scientific vision of today and the concrete accomplishments that will result in the decade ahead. "At VivaTech 2022 we will present, via the start-ups at the CNRS booth, actual accomplishments that have grown out of well-establish research results, along with the major scientific orientations for the future that will be implemented as part of PEPRs, such as quantum technology, smart cities, and hydrogen. This snapshot of on-going research activity will help project into the future, by imagining the projects that will be presented at VivaTech 2032!" adds Moullet.

The CNRS will announce the winners of the CNRS Innovation Medal at VivaTech on 16 June, the first time it has done so. "This award honours important figures whose exceptional research has led to striking technological, economic, therapeutic, or social innovation, such as Esther Duflo, who was awarded the 2011 CNRS Innovation Medal and the 2019 Nobel Prize in Economic Sciences for her methodology relating to the impact of randomized evaluations," emphasizes Ranty. 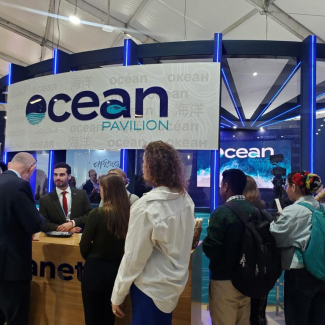