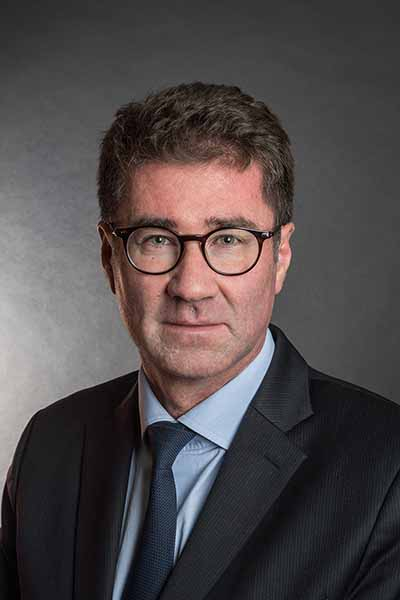 A Corps des Mines state engineer and an alumnus of the École Polytechnique and Mines ParisTech, Jean-Luc Moullet started his career in 1994 as head of the industrial development division of the Regional Directorate for Industry, Research and the Environment (DRIRE) of the Centre region of France. In 1997 he joined the investments section of the former Treasury Department (now renamed French Government Shareholding Agency (APE)), within the Ministry of the Economy. Between 1999 and 2009 he held various positions within the Thomson-Technicolor group. He was first posted to San Francisco (US), where he developed industrial and strategic relations between Thomson and Silicon Valley startups. Starting in 2001 he worked for Technicolor in Los Angeles (US), developing a set of new digital services for film studios and the post-production industry. In 2004 he founded and then headed a business unit that became the world leader in digital content traceability solutions for media industries. In 2009 he was named general manager of Sephira, a family-owned SME specialising in healthcare IT. He became advisor on industrial affairs to the French Minister of Defence in 2010. In 2012 he joined the French Prime Minister’s office as director of industrial investments for the Investments for the Future Programme (PIA) of the Secretariat-General for Investment. On 18 March, 2019 Jean-Luc Moullet took up his current position as CNRS Chief Innovation Officer.