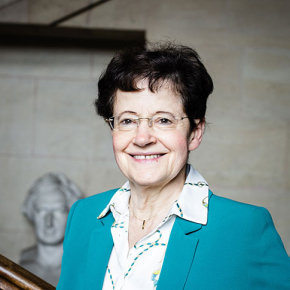 This year, the CNRS Gold Medal, one of France’s most prestigious scientific distinctions, has been awarded to the astrophysicist Françoise Combes. As a specialist in the dynamics of galaxies, she has uncovered a wide range of phenomena that explain their formation and evolution. Now a professor at the Collège de France, she continues to carry out research at the Laboratoire d’Etudes du Rayonnement et de la Matière en Astrophysique et Atmosphères (LERMA: Observatoire de Paris – PSL/CNRS/Sorbonne Université/Université de Cergy-Pontoise).

Françoise Combes’ research focuses in general on the formation and evolution of galaxies, their dynamics and structure, and the interactions between them, using both direct observation and numerical simulations. Her work has enabled us to understand the relationship between the shapes of galaxies and their histories, and thus comprehend the various stages in the growth of galaxies throughout the history of the Universe. She has also shown that the super-massive black holes in the centres of galaxies cause star formation to slow down within them.

According to Antoine Petit, Chairman and CEO of the CNRS, "Françoise Combes is an undisputed world scientific authority in extragalactic physics, as evidenced by her numerous international awards. Her influence extends beyond her own disciplinary field to the entire domain of astronomy. She has had an exceptional and remarkably influential scientific career that the CNRS wishes to honour by awarding her its Gold Medal for 2020.”

Born on 12 August 1952 in Montpellier, Françoise Combes studied at the École Normale Supérieure (ENS). She held an advanced teaching diploma (Agrégation) in physical sciences before obtaining a PhD in astrophysics in 1980. She then joined the Paris Observatory in 1989, having previously taught and held the position of deputy director of the physics laboratory at the ENS (CNRS/ENS Paris/Sorbonne University/University of Paris). Combes was appointed Professor at the Collège de France in 2014 and continues to carry out research at LERMA. She also plays an extremely active role in her field: she was President of the French Astronomical and Astrophysical Society from 2002 to 2004, has been editor of the European journal Astronomy & Astrophysics since 2003,  and chaired the French Committee of International Scientific Unions from 2009 to 2015.

Her research led her to take part in the first detection of molecular absorption systems in the distant Universe, which made it possible to determine the temperature of the Cosmic Microwave Background, as well as a hypothetical variation in physical constants over the course of the Universe’s lifetime. The original nature of this work owes much to a technique pioneered by Combes: the use of absorption spectroscopy1 to identify molecules in distant quasars, with the aim of detecting tiny quantities of matter at very great distances.

Professor Combes also participates in constraining models in order to solve one of the major problems concerning the formation of galaxies, namely the existence of dark matter2. Using one of these models, her team was the first to carry out simulations of galactic bars and galaxy interactions in modified gravity. She also developed a model to account for a still hypothetical baryonic dark matter, in the form of a cold molecular gas.

Françoise Combes has been a member of the French Academy of Sciences since 2004. She was also made an Officer of the Legion of Honour in 2015 and a Commander of the National Order of Merit in 2019. Her career has been distinguished by several remarkable awards, including the Tycho Brahe Prize of the European Astronomical Society in 2009, the R. M. Petrie Prize of the Canadian Astronomical Society in 2013, and the Prix Jules Janssen of the Société Astronomique de France in 2017. She was also the recipient of an ERC Advanced Grant in 2010.

Enthusiastic and always approachable, Françoise Combes has taught several generations of students who have gone on to have highly successful careers, and she also plays an important role in disseminating scientific culture to the general public through her writings and her appearances in the media.

The CNRS Gold Medal is one of France’s most prestigious scientific prizes. Each year since its creation in 1954, it rewards the careers of one or more scientific personalities who have made an exceptional contribution to the vitality and reputation of French research. The most recent winners of the Gold Medal include:

Discover all the winners of the CNRS Gold Medal.

To find out more: The Astrophysicist Francoise Combes Receives The CNRS 2020 Gold Medal 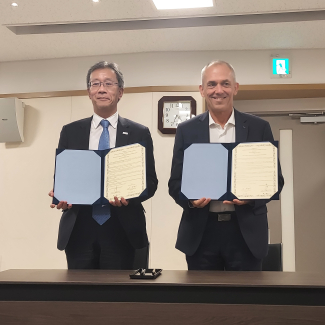