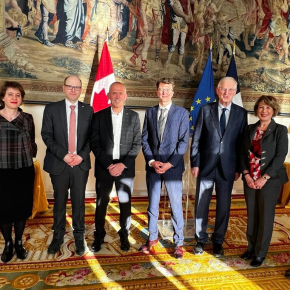 As a preferred partner of France for scientific research, Canada has close ties to the CNRS, as demonstrated by the creation of an office abroad in Ottawa in early 2022. Another important step was made this April with the creation of two International Research Laboratories: the International Laboratory on Learning Systems with McGill University, Mila, l'Université Paris-Saclay, and CentraleSupélec, as well as the Quantum Frontiers Lab with l’Université de Sherbrooke. These new French-Canadian laboratories join the CNRS’s four existing IRLs in Canada.

The positioning of the CNRS in Canada is based on a network of strong and coordinated cooperation with institutional and university actors on the federal level. Canada is a major partner for the CNRS: with over 2,400 scientific articles published each year, it is the 4th country in co-publications apart from the EU, after the United States, the United Kingdom, and China.

CNRS research in Canada involves all CNRS thematic institutes. “Thanks to its long history of cooperation, its interdisciplinary foundation, and its coordinating role in numerous French national strategies, the CNRS enjoys strong recognition in Canada among governmental decision-makers, Canadian funders, and universities. With two new international laboratories, the CNRS has expanded its presence in Canada, where it established an office to represent the organization in early 2022,” emphasizes Antoine Petit, the CEO of the CNRS.

Montréal is ranked first among 20 major Canadian and US cities for the quality of its artificial intelligence industry. Canada is ranked 4th globally for its AI expertise, jumping 20 spots since 2017. It is within this broader context that the International Laboratory on Learning Systems (ILLS) IRL was created, bringing together the CNRS, McGill University, l’Ecole de technologie supérieure (ETS), the Quebec Artificial Intelligence Institute (Mila), l’Université Paris-Saclay, and CentraleSupélec. Its research aims to develop mathematical tools to improve machine learning1 algorithms and to make their use more secure. These algorithms could be used, among other things, for natural language and speech processing, or for applications relating to computer vision and signal processing. The ILLS will promote international mobility between Canadian and French teams in order to foster long-term collaboration between researchers, professors, postdoctoral fellows, and doctoral and master’s students.

The Quantum Frontiers Lab builds on 40 years of quantum research between France and Quebec. This collaboration was initially part of the “Quantum Circuits and Materials Laboratory” (LCMQ) International Research Project (IRP)2 , which was created in 2017 between the Physics Department of l’Université de Sherbrooke and multiple laboratories in France3 . Based on the success of this collaboration, the IRP has now become an IRL4 , with two major research focuses: quantum materials, as well as quantum circuits and devices, with a view to providing scientific resourcing for quantum technologies. Its goal is to conduct cutting-edge collaborative international research, to promote exchange between researchers and students from l’Université de Sherbrooke and France, and to promote emerging projects between the scientific communities of France and Quebec. The scientists will rely on complementarity between experimental measurement devices from l’Université de Sherbrooke and French laboratories, as well as the use of large-scale research facilities in France, the sharing of computing resources, and the Quantum Fab Lab from the Institut Quantique at the Université de Sherbrooke. The creation of this IRL alongside the LN2 IRL—established in 2012 to focus on nanotechnology and nanosystems, once again with l’Université de Sherbrooke5 —represents a strategic development for the two partners in the field of quantum technologies. 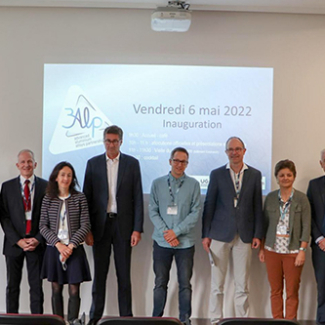 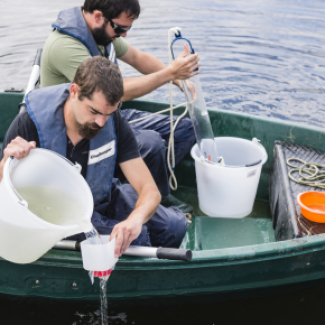