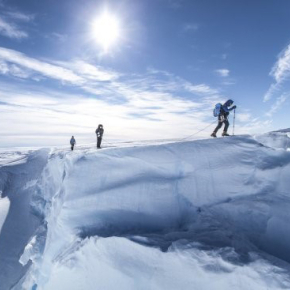 From 1 October 2021 to 31 March 2022, the CNRS will be in attendance at the Dubai World Expo’s France Pavilion. There it will be presenting ‘Antarctica, a laboratory of the future’, a fully immersive experience through which visitors, by turns entranced by a myriad of unfamiliar sounds and plunged into near-total silence, discover the pioneering research under way in Antarctica, and why it is important. This exhibit is an opportunity for the research institution to affirm its commitment to scientific enquiry focused on our planet’s polar regions.

‘The mission of basic research is to create tomorrow,’ says CNRS chairman and CEO Antoine Petit. That mission echoes the theme of the world exposition: ‘connecting minds, creating the future’. The international event kicks off on 1 October 2021 and will last six months. This is the first time the CNRS is represented at a world exposition—and given carte blanche for the design of a permanent exhibit within a pavilion.   The French research organization will also play an active role in the February 2022 Quinzaine du Climat (Climate fortnight), through round-table discussions, master classes, and conferences. France will be honoured on 2 October, a special day marked by the presence of Jean-Yves Le Drian, French Minister of Europe and Foreign Affairs; Franck Riester, French Minister Delegate for Foreign Trade and Economic Attractiveness; France Pavilion partners and stakeholders, including Antoine Petit; and numerous French artists.

A continent bearing witness to climate change
In collaboration with the French Polar Institute (IPEV), the CNRS will be offering visitors to the France Pavilion the experience of ‘Antarctica, a laboratory of the future’, an exhibit that aims to recreate the ambience of the open-air laboratory that is Antarctica. Through its immersing mise en scène, visitors are drawn into the world of advanced research conducted on the polar continent, with IPEV resources, and learn why this terra scientiae is crucial for ‘creating the future’ of the Earth. Indeed, under the multiple international treaties governing Antarctica, only scientific research and other peaceful activities are permitted on the continent. Natural resources may not be exploited. Due to the absence of any permanent human presence in this territory, it affords a unique record of planetary transformation, and climate change especially. For decades, the CNRS and its scientists there have carried out ambitious research projects spanning numerous fields. While climate history and change, glaciology, planetary ocean current physics, astronomy, astrophysics, biogeochemistry, environmental science, and ecology are perhaps some of the more obvious areas of Antarctic investigation, researchers are also contributing to future missions to Mars—by studying how isolation affects humans.

Diving under the ice into sub-zero waters
The journey begins under the sea ice, in the dim waters 70 m below the surface, where the temperature is −2 °C and a symphony of unexpected sounds awaits: cracking ice, the cries of diving penguins, and other surprises that testify to the profusion of Antarctic sea life. Visitors then come out upon the stark and immaculately white ice surface, where life is seemingly scarce.  Yet here they are greeted by penguins, other birds, and . . .  scientists working at the cutting-edge facilities of Dumont d’Urville Station in Adélie Land and the 3,000-km-high Franco-Italian Concordia Station, in the heart of the white continent, where wind alone holds dominion. ‘Antarctica, a laboratory of the future’ is not simply an encounter with an extreme environment. It is a chance for visitors to discover the research in progress there, from tracking of emperor penguins and monitoring of ice movements to extraction of glacier core samples, deployment of weather balloons, and astronomical observation.

‘The future of our planet is playing out in Antarctica’
Through this 360° sensory journey—developed together with Laurent Chauvaud, CNRS senior researcher and scientific advisor for the exhibit—the CNRS has also sought to alert visitors to the immense challenges posed by the polar regions, more directly impacted by human activity than any other place on Earth. There the effects of global warming are increasingly visible: melting ice, rising sea level, and declining aquatic and terrestrial biodiversity. ‘The poles are no longer merely the distant witnesses of global warming: they are also indicators of the planetary equilibrium between climate, ocean, resources, and biodiversity’, Antoine Petit concludes. ‘I can assure you that the future of our planet is playing out in Antarctica, and that is the message we wish to relay at the World Expo in Dubai’.

‘Antarctica, a laboratory of the future’ is especially indebted to the IPEV for images provided.

For a wide selection of visuals available upon request, e-mail contact-mediatheque@cnrs.fr. 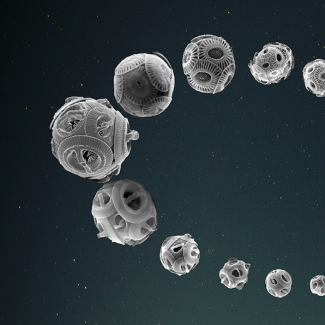