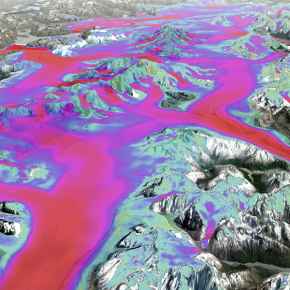 Many mountain populations—in the Andes or Himalayas, for example—rely on glaciers for their water. Yet changes in glacial water reserves, like predictions of sea level rise, greatly depend on glacier volume and thickness, both of which have been poorly evaluated—until now. By analysing over 800,000 pairs of satellite images, researchers from the CNRS, Université Grenoble Alpes (France),1 and Dartmouth College (USA) have established the first global map of flow velocities for 98% (>200,000) of the world’s glaciers. As glacial flow is a function of glacial mass, knowing the former allows one to estimate ice thickness and spatial distribution, which in turn determine the total volume of water that glaciers hold and their future contribution to sea level rise. The researchers’ findings suggest glacial water reserves in the Himalayan watersheds of the Indus and Chenab are a third greater than estimated by previous studies, before the new satellite data were available. In contrast, the volume of water held in tropical Andean glaciers, which sustains over 4 million people, may be up to 23% smaller than once thought. The present study, published in Nature Geoscience (7 February 2022), is based on Sentinel (ESA) and Landsat (NASA) satellite imagery that was analysed on Université Grenoble Alpes servers (>106 h of computer processing time). It had support from the French space agency (CNES). 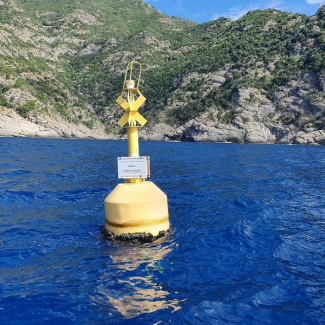