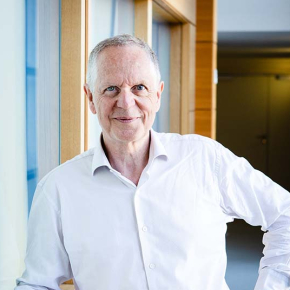 The CNRS Gold Medal was created in 1954 as one of the most prestigious French scientific awards. This year it will distinguish the physicist Jean Dalibard for his pioneering research in the physics of ultracold quantum matter. He has made major contributions to the emergence of quantum technologies, which are based on a deep understanding of the quantum properties of matter and how to control them. After a 30-year career at the CNRS, he is now a professor at the Collège de France. He will be awarded the CNRS gold medal on December 8, 2021 during a ceremony in Paris.

Jean Dalibard, who was born in 1958 and joined the CNRS in 1982, is a specialist in quantum physics. A member of the French Academy of Sciences since 2004, he has been a professor at the Collège de France since 2012. As part of the Kastler Brossel Laboratory (CNRS/ENS-PSL/Sorbonne Université/Collège de France), he has pursued a unique career as an experimentalist and theorist, and served as a guest researcher at the National Institute for Standards and Technology (United States) and the Cavendish Laboratory at Cambridge University (United Kingdom), in addition to teaching at numerous foreign universities.

For CNRS President & CEO Antoine Petit, “Jean Dalibard’s research has contributed to the emergence of quantum technologies by developing sources for atoms cooled and trapped by light, and by proposing quantum simulators that use these ultracold atomic gases to solve complex problems in other areas of physics. It is his remarkable career as a researcher and instructor that the CNRS is recognizing by awarding the 2021 Gold Medal to Jean Dalibard, who worked for 30 years at the CNRS before joining the Collège de France. The international renown of this specialist in cold atoms bears witness to the strength and influence of the French school of physics.”

Dalibard’s research is at the heart of atomic physics and radiation. He is internationally recognized as a leader in the field of quantum gases, especially Bose-Einstein condensates, a particular state of matter at very low temperature. He studies the properties of assemblies of atoms slowed and even stopped by lasers. Once immobilized, these atoms can be trapped in controllable spatial configurations, with a view to fundamental explorations or applications.

He has made major contributions to the emergence of quantum technology, which is based on the understanding and control of the quantum properties of matter. We notably owe him the principle of the magneto-optical trap, a tool that confines atoms while cooling them. It has become essential for certain experiments on cold atoms conducted every day by many laboratories across the globe.

With his team, Jean Dalibard also developed the Monte Carlo wave-function theoretical method, also known as quantum trajectories, which is used by many scientists to simulate the behaviour of atom and photon systems in various experimental situations. The first experiments he conducted on quantized vortices in cold atom gases opened the way for the highly active research field focusing on the superfluidity of these systems. These vortices demonstrate very general behaviours of matter, and make it possible to test, with adjustable and controlled parameters, concepts from condensed matter physics.

Finally, he is working on quantum simulation, an approach that can experimentally solve problems beyond the reach of today’s computing power through the use of cold atom gases. These offer a promising platform for preparing and studying complex quantum systems in perfectly controlled conditions, as well as for answering questions from solid-state physics, nuclear physics, and astrophysics.

During his career, Dalibard has proven to be a brilliant teacher with exceptional pedagogical talents. The holder of an agrégation in physics, he has taught throughout his career, first at the master’s level at l'École normale supérieure, and then as a professor at l'École Polytechnique. He organized and taught series of courses for his colleagues at the École des Houches and the École de Cargèse. Highly involved in French research life, he has completed many assignments for the scientific community as a member of numerous scientific boards and the editorial committees of prestigious international scientific journals (Physical Review Letters, Physical Review A, Reviews of Modern Physics). 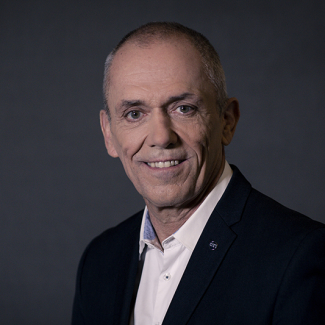 Antoine Petit proposed for the presidency of the CNRS 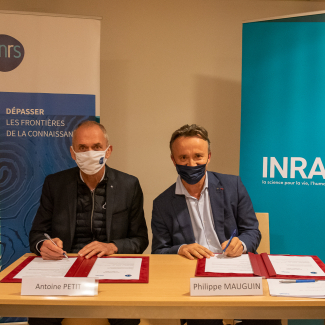 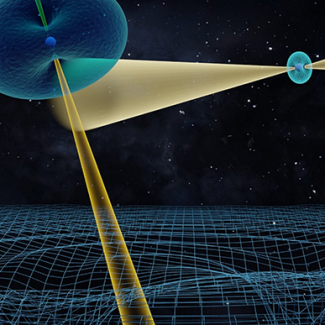