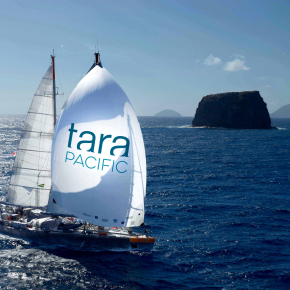 Tara back from Pacific expedition with startling data : motley map of reef health

After two and a half years navigating the Pacific, where over 40% of our planet's coral reefs are found, the schooner Tara returned to Lorient, its home port in Brittany, on October 27. Led by the Tara Expeditions Foundation, the Tara Pacific expedition deserves a round of applause: it has allowed scientists to study the impact of anthropogenic pressures on Pacific coral reefs using a novel approach on an unprecedented scale.
Initial observations reveal very diverse reef states due to a varying mix of global and local stress factors. At certain sites, like the Chesterfield Islands, reefs were intact, but global warming has marred those at many other sites, like the Samoan Islands and some islands of the Tuamotu Archipelago in French Polynesia.
With the 36,000+ samples collected, scientists are now carrying out analyses for a precise understanding of corals and their capacity for adaptation to climatic and other environmental changes. Tara Pacific has received support from the CNRS, Paris Sciences et Lettres, the CEA, the Scientific Centre of Monaco, and many other public and private sponsors, including agnès b., the Veolia Foundation, and the Prince Albert II of Monaco Foundation, to name but a few.

Following a course from the Panama Canal to Japan (2016–2017), and then from New Zealand to China (2017–2018), Tara gathered over 36,000 samples from no less than 32 coral reef sites, making its Pacific expedition the largest scientific campaign dedicated to reef ecosystems. After weighing anchor in Lorient in May 2016, the schooner traveled 100,000 kilometers, stopping in thirty-some countries.

Certain reefs badly hit by global warming
Tara scientists made their first observations of reefs damaged by global warming as early as November 2016, at Ducie Island, west of Easter Island. The extent of reef bleaching reached 30% to 50% at some islands of the Tuamotu Archipelago in Polynesia, and as much as 90% at Samoan Island sites in the South Pacific visited in November 2016. In Micronesia, some of the reefs of Tuvalu and Kiribati were already dead by the time the schooner arrived, while those of Wallis and Futuna and the Chesterfield Islands were relatively unscathed.

Poisonous cocktail of global climate and local pollution
Due to reefs' unique responses to diverse local and global disturbances, Tara researchers found them in extremely different states, forming a patchwork quilt of ecosystem health. Tara Pacific offers scientists the unprecedented opportunity to distinguish the effects of local disturbances (e.g., pollution, urbanization, sedimentation due to soil erosion, and invasive fishing techniques) from those of planetary changes (e.g., global warming and ocean acidification) and evaluate the health of coral populations exposed to both. These initial findings underscore the importance of local sustainable development for the health of these ecosystems, and they show that ambitious sustainable policies and practices are needed regionally even as we confront climate change globally.

Unparalleled data
Through this expedition, the unusually multidisciplinary Tara research team—associating coral reef biologists, geneticists, oceanographers, reef fish and plankton specialists, bioinformaticians, and even doctors—have amassed precious data whose analysis will reveal how corals and their constituent microorganisms function. A study of their genomes should deepen understanding of the mechanisms governing how corals acclimate to environmental variations. This would make it possible to define optimal conditions for ensuring coral survival in light of the environmental and biological parameters affecting coral reefs and the viruses and bacteria of their microbiota.

Employing the same methods of sequencing, data storage, and bioinformatic analysis applied by the earlier Tara Oceans expedition (2009–2013), Tara Pacific will enable researchers to describe coral reef microorganisms and their hitherto unknown interactions. Its team will make an unrivaled coral reef database available to the international scientific community so that researchers can unravel the genomic, genetic, viral, and bacterial biodiversity of reefs.

Giving reefs time to recover so they can withstand successive impacts
In addition to the pressing need for the reduction of greenhouse gas emissions, the Tara Foundation calls for urgent local action to limit direct impacts on reefs. Growing volumes of plastic waste, unsustainable tourism in lagoons, runoff from farming and livestock operations, and large coastal infrastructures are all worsening the plight of reefs. Bigger steps in addressing these impacts may yield results even in the short term. 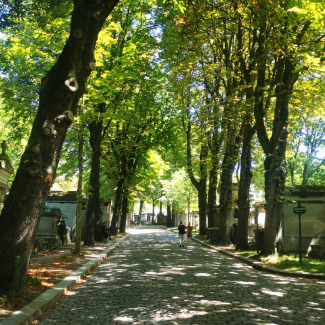