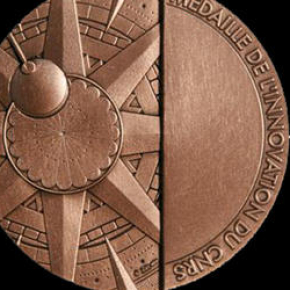 Ane Aanesland, Vance Bergeron, Orphée Cugat, and Livio de Luca are the 2019 CNRS Innovation Medallists. They will receive their awards during a ceremony to be held in Paris on 12 December. Since 2011, the CNRS Innovation Medal has recognised figures whose exceptional work has led to groundbreaking innovation in technological, economic, therapeutic, or social fields.

Ane Aanesland, a new step towards the miniaturisation of satellites

Trained at the University of Tromsø (Norway) and recruited at the Laboratory of Plasma Physics (CNRS/Ecole polytechnique/Observatoire de Paris/Université Paris-Sud/Sorbonne Université), Ane Aanesland, a CNRS researcher, is currently President and CEO of ThrustMe, a startup specialising in the propulsion of miniaturised satellites that she founded in 2017, with her colleague Dmytro Rafalskyi. Together they developed two major innovations in order to reduce the size of the propulsion units used by satellites to maintain the correct orbit. The first involves the choice and use of propellant, a generic term for any matter that provides energy for space propulsion. By imagining new ways of storing, processing, and accelerating iodine, they were notably able to show that an inexpensive propellant could, in solid form, replace xenon, a widely used gas for plasma propulsion systems. The second area of innovation is the creation of a unique technology that can accelerate both positive ions and electrons, instead of having a different electrode to emit each type of particle. Their goal is to make the space industry more sustainable. Facing a ten-fold increase in the number of satellites launched, it has indeed become essential today to better control them, in an effort to avoid collisions and improve their lifespan.

Vance Bergeron, breaking away from paralysis

Nothing can stop Vance Bergeron's determination. After becoming tetraplegic following an accident, the CNRS physicist at the Laboratoire de physique de l’ENS de Lyon (CNRS/ENS de Lyon/Université Claude Bernard Lyon 1) developed solutions to improve the quality of life of paralysed individuals through daily physical activity. The holder of a PhD thesis in chemical engineering  from the University of California at Berkeley (US), he met his future wife during a post-doctoral fellowship in France, and decided to settle there. After a few years working at Rhône-Poulenc, he joined the CNRS in 2000. Vance Bergeron then began work on biological decontamination systems for air using cold plasmas. He took part in the creation of the company Airinspace, which equips oncology, haematology, and burn treatment wards, and for which he serves as scientific advisor. He is the author of over one hundred scientific publications and forty patents. In 2013, a car refused him right of way and struck him while he was riding a bike to his laboratory, leaving him tetraplegic and without the use of his hands. He redirected his research to the functional electrical stimulation that remobilises paralysed members through weak electrical pulses. His research is supported by the CNRS, the ENS de Lyon, the Hospices civils de Lyon hospital centre, and the association Advanced Neurorehabilitation Therapies and Sport (ANTS), which he cofounded. Assisted by his former doctoral student Amine Metani, Bergeron created the startup Circles, which develops electrostimulation bicycles and rowing machines intended for functional rehabilitation centres and gyms dedicated to persons with motor disabilities. ANTS inaugurated the first gym of this kind in France, where their prototypes will be tested in 2020.

With twelve families of patents under his belt and having co-founded start-ups with radically diverse applications, Orphée Cugat never loses sight of innovation. A CNRS researcher at Grenoble Electrical Engineering Lab (CNRS/Grenoble INP/Université Grenoble Alpes), he explores magnetism in milli- and microsystems with his  colleagues Jérôme Delamare and formerly Gilbert Reyne. A born inventor, Orphée Cugat initially trained as a generalist engineer at Arts et Métiers, he then opted for a PhD thesis, and ultimately completed a post-doctoral fellowship in Ireland. In Grenoble his group began developing sub-miniature motors and generators, then creating original levitation systems, and is now working on applications for medical technologies. One outcome of this work was the start-up Enerbee, where a connected air vent harvests enough energy through a contactless fan to power integrated air quality sensors. Even more ambitious, the start-up MagIA offers diagnostics in fifteen minutes. The instrument only needs a single drop of blood to detect and simultaneously quantify hepatitis B and C, as well as HIV.

Initially training as an architect, and later obtaining a degree from the Arts et Métiers and in computer science, Livio de Luca defines himself as a researcher in the digitisation of cultural heritage. Currently the director of the laboratoire Modèles et simulations pour l’architecture et le patrimoine (CNRS/Ministère de la Culture), this CNRS researcher began his research as part of the French Ministry of Culture’s 3D-Monuments programme, by introducing experimental methods to the representation of historic buildings, such as the Petit Trianon or the château Comtal in Carcassonne. He later took part in the digital reconstruction of the bridge of Avignon from the year 1350, 1675, and today. In 2013, his research also led to Nubes, a 3D information system for the historical study and analysis of a building’s state of conservation. De Luca also supported the emergence of the start-up Mercurio, which specialises in modular solutions for the 3D digitisation of museum collections. In 2018 his research shifted into the world of collaborative sciences with Aïoli, a platform that enables all actors in cultural heritage to communicate. Anyone can add their own photos and annotations for heritage objects, thereby improving the digital twin of the object in question. In return, numerous entries and images on the subject are spatialised in 3D, and can be accessed on all kinds of devices. De Luca is currently coordinating the CNRS working group on the digital data relating to Notre-Dame de Paris.

For more information, an article from CNRS news : “Four aces for innovation” 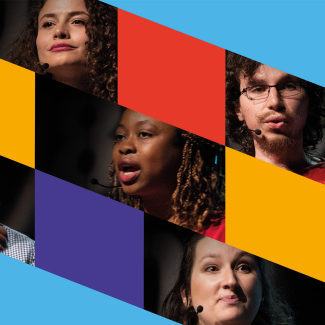